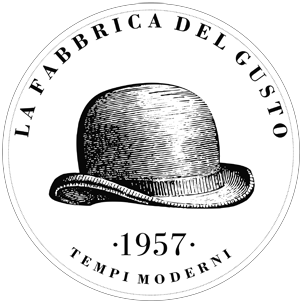 Today we say “Osteria” thinking about 4 tables under a “pergola”, uneven colors and card players cursing while keeping score with chalk. The osteria di Faustino, between via Emilia and Po river, was an actual company, a point of reference of economic activities and social meetings. The project of the “osteria” was born in Augusta –
Maine, USA. Faustino was an emigrant in America in 1901. From Genoa to Boston, a boat crossing of a month; followed by different jobs typical of an emigrant and finally in 1906, a week of train to San Francisco for the reconstruction of the aftermath of the earthquake. “Now it’s time to go back home”… must have think Faustino. The brothers that followed him from Italy didn’t want to interrupt the “American dream” and stayed (Faustino went back five years before to accompany them in the crossing).

After changing his hard earned dollars in liras, he realizes his “Italian dream”: open an osteria. Over the osteria there was his house; under we would find the basement where grapes from the hills were pressed and red wine was bottled. Behind the osteria, in the courtyard, there were the pigs in the stalls which Faustino every winter would slaughter to make salamis and coppa to be served especially to “tourists” that would arrive Sunday from the city in bicycle, and to be sold in the “butéga” managed by nonna Zelinda, that opened just next to the osteria; and finally completed by the tabacchi that would almost create a shopping center of its kind, to sell also cigarettes, Tuscan cigars and salt. From 1930 a piece of the plot vegetable garden was flattened to welcome “sòg dàl bocci” (similar to British bowls) as a dynamic alternative to briscola (typical card game).

After the difficult time of war, the osteria reopened but no later than 1957 it was clear that the world had changed: people left the countryside to grasp the opportunity of the economic awakening unfortunately depriving the osteria of its clients; worsened by the change in meeting and drinking habits. It was this that pushed the daughter of Faustino (Gina) to move with her 20 year old son Gianni to the city. The confectionery Aragnino, in the elegant palazzo Cusani, between via Garibaldi and via Melloni, was better than any dream they might have dreamed; an enormous space on 6 shop windows, a huge tearoom, billiards room and during summer bistro tables aligned under tents. The caffé Aragnino clientele was mainly formed by the good youth of the city, a little dissolute and of the old “aristocracy” of Parma slightly in decadence. Most of the intellectuals came back from Milan or Rome were they affirmed themselves; Attilio Bertolucci used to sit at the corner table in a silent dialogue with his city; Renata Tebaldi used to always stop by during her frequent home visits from her triumphal tours.

What Gianni (Gina’s son) understood was to follow the requests that the most popular clientele made and placed a big television in the old tearoom; everyone wanted to see Mike Bongiorno’s tv show… and naturally it was a success! During lyric season, the establishment was kept open and very busy by the after-theater, at the time when the Regio theatre was still “Il Regio”… a specific night, Gianni “gave shelter” in his caffé to various elegant women that used all of the bar’s dishcloths to cleanup the long vests in grosgrain from the eggs that were thrown from contestants; this is how the new change arrived in ‘68. In 1970 the establishment changed radically to meet the trend of a new type of clientele which, beginning two years before the infamous egg incident, was revolutionizing the styles and trends of life. The tearoom was put aside and we were one of the first important establishments of the city center to pair the good coffee and morning pastry to the typical Parmesan sandwich place, with the typical cold cuts and Parma ham in exposition, a formula that is still used in Tempi Moderni. Now it is considered as the most common trait… but in 1970 sandwiches were made only by delicatessen shops and small village bars; this is how the “panino” appeared in an establishment of the city center to be eaten on site and not taken away as it was usually done by students at school or construction workers where they worked.

The old market of Parma (“la Ghiaia” pron. ˈɡja.ja ) we decided it was a good opportunity to transfer to the bar Ghiaia in the best market center that the city has ever had, lots of market stalls, endemic irreverent voices typical of the real Parma, rough and direct in all of its authenticity. As Lorenzo would remember (our latest generation) he would find piazza Ghiaia overcrowded and packed full of people around Christmas time and only the hand of his grandad Gianni would help him cross without getting lost.

We have at this point taken you through memories without nostalgia, voices, faces and tastes to 1994 when the establishment is newly transferred to the emerging viale Piacenza, that from anonymous peripheral street was being rebuilt to become the “European center” of Parma; the first endeavors of re-qualification of industrial areas to arrive to the installation in 2004 of EFSA (European food authority)… the kind of clientele that is specialized inrecognizing quality and that is regularly seen served at the tables of “Temi Moderni Grill Cafè”…

We have taken the popular film of Charlie Chaplin as inspiration to signify the innovative spirit of balance between typical product and new ways of interpreting lunch breaks and the bakery specialties, next to the coffee bar of the best Italian tradition; with a dynamic but accurate service and careful to meet the client’s needs.

This website uses cookies to improve your experience while you navigate through the website. Out of these, the cookies that are categorized as necessary are stored on your browser as they are essential for the working of basic functionalities of the website. We also use third-party cookies that help us analyze and understand how you use this website. These cookies will be stored in your browser only with your consent. You also have the option to opt-out of these cookies. But opting out of some of these cookies may affect your browsing experience.
Necessario Sempre attivato

Any cookies that may not be particularly necessary for the website to function and is used specifically to collect user personal data via analytics, ads, other embedded contents are termed as non-necessary cookies. It is mandatory to procure user consent prior to running these cookies on your website.